Doja Cat has surprised her fans with a new look. Well let’s just say the rapper looks good in a PORI cut and managed to look good with the new hairstyle ( She looks slick)

The rapper took a moment to explain to her fans the drastic decision of shaving her head and eyebrows, during a recent conversation on Instagram Live.

The 26-year-old singer, who recently had a hilarious interaction with Lady Gaga, confessed that she “never liked having hair,” adding that she actually finds it impractical on her daily life, including her workouts. 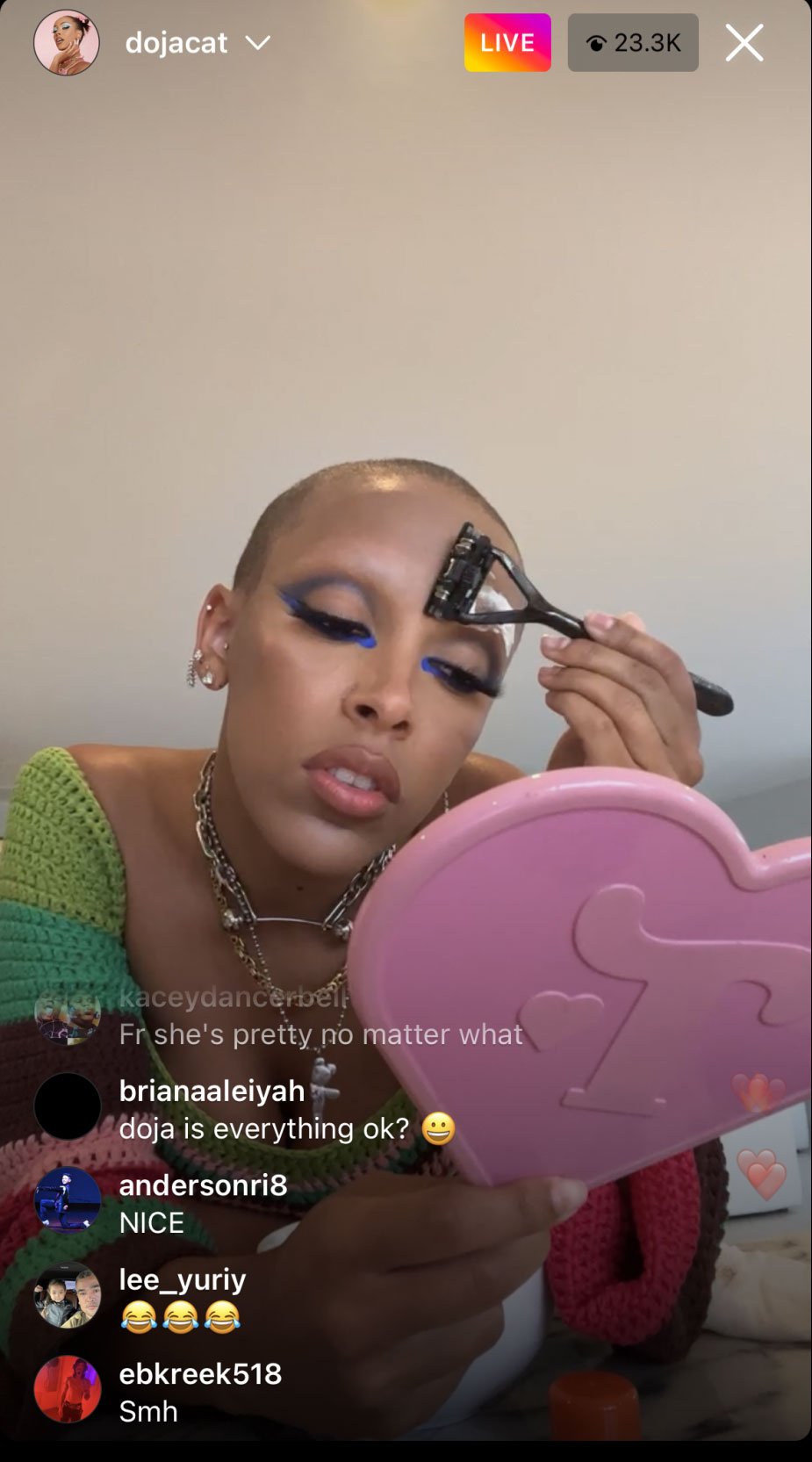 Doja is not the only celebrity that has recently shared her thoughts about shaving her head, as Joey King also admitted during a recent interview that she felt empowered after doing it twice, and thinks every woman should do it at least once in their life.

“was never supposed to have hair anyway.”

“I don’t like having hair. I’ve never liked having hair. I cannot tell you one time since the beginning of my life that I’ve ever been like, ‘This is cool.’ I just do not like to have hair,”
Doja said, explaining that she felt “exhausted” during her workouts because of her hair.

This new change looks slick and good for the Rapper, she’ll definitely feel the wind on her head.