Remember those old western cartoons from back in the day where the main falla had to struggle to get his horse to move, trying anything and everything and failing? And then it turns out that the only way they can get it moving it the old carrot on a stick move? 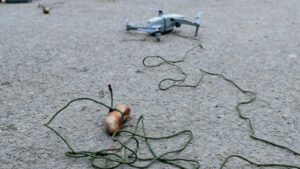 Because of tough tides and bad sea conditions, Rescue authorities were left trying a new method of rescue.

The chair of the Denmead Drone Search and Rescue team, Chris Taylor, told The Guardian: “It was a crazy idea.”

“One of the local residents on the beach where we were flying from supplied us with the sausages – I think they were from Aldi. The woman cooked them up for us and we attached them with string.” 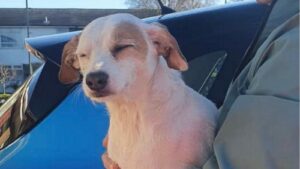 Luckily, the pork-dangling plan worked, with the terrier following the sausage towards her rescuers, away from the rising tides, to safety.

Mr Taylor said it was a rescue method teams facing the same challenge in the future might want to try.

He said: “We certainly would consider using sausages again: every dog and search operation is always going to be different, but if we were ever in a similar situation again we would employ the same methods to lure the dog.”