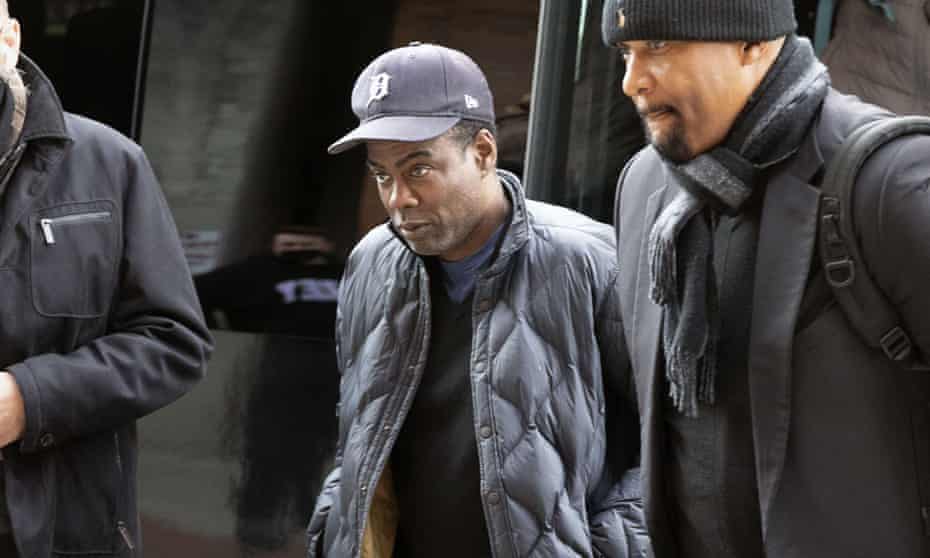 Chris Rock made an emotional return to the stage on Wednesday night for the first time since Will Smith slapped him at the Academy Awards.

Rock made his first public remarks about the incident.

In his first of two shows, he was greeted by the audience at Boston’s Wilbur Theater with two back-to-back standing ovations, lasting several minutes.

“Let me be all misty and s***,” Rock said with tears in his eyes, gesturing to the crowd’s warm response.
“How was your weekend?” he quipped, to which the audience responded with laughter.
“I don’t have a bunch of s*** about what happened, so if you came to hear that, I had like a whole show I wrote before this weekend. And I’m still kind of processing what happened, so at some point, I’ll talk about that s***. And it’ll be serious and it’ll be funny, but right now I’m going to tell some jokes.”
The comedian, currently on his “Ego Death Tour,” then continued his performance.
Marsha Paul, who attended the show, told CNN she could tell Rock was moved by the audience reception.
“The crowd just went crazy when he came on stage,” she said. “They were really happy to see him and support him.”
Another concertgoer told CNN that Rock put on a good show, quickly moving past the Oscars in his set.
“Didn’t seem like he wanted to talk about it, which didn’t really bother us since he was so entertaining he didn’t need to.”
Rock returned to the stage for a second show about an hour later. He was greeted with a standing ovation once again.
“I wrote a show before all this nonsense happened,” Rock said.
He reiterated that he plans to talk about the incident at the Oscars in more detail at some point.
Then, seemingly in reference to whether he’s spoken with Smith since the weekend’s events, Rock said, “I haven’t talked to anyone, despite what you heard.”
Rock’s performances come as the Academy of Motion Pictures Arts and Sciences announced ‘disciplinary proceedings’ against Smith have been initiated over his actions at Sunday’s Oscars.
The actor walked to the stage at the awards show and slapped Rock, who was presenting at the time after he made a joke about Smith’s wife’s shaved head.
Smith issued an apology on Monday in a statement on Instagram, calling his behaviour “unacceptable and inexcusable.”
“I would like to publicly apologize to you, Chris. I was out of line and I was wrong. I am embarrassed and my actions were not indicative of the man I want to be. There is no place for violence in a world of love and kindness,” Smith wrote.
In their statement Wednesday, the Academy said that Smith was asked to leave the ceremony after the altercation “and refused.” The Academy said it recognizes “we could have handled the situation differently.”
[Source:CNN]