A family in New Zealand recently had a run-in with a bird bandit in a peculiar case of hit and run whereby a bird:  a Kea Parrot endemic to the Te Anau region on the South Island.

The family were out on a stroll and had left their Go-Pro camera on a ledge in their background when the curious bird picked it up and flew away. 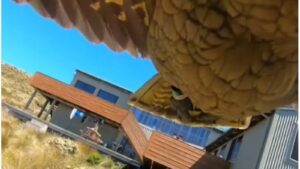 Luckily for them, the camera kept recording as it as the bird soared above the trees of Fiordland National Park where it makes its home; providing them with a fair idea of where to retrieve their camera from. By the time they had found it, the cheeky bird had abandoned the camera on the ground below its nest after losing interest in it. 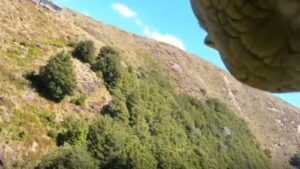 Talk about a fly-by hit and run. Had that been in Fiji, that bird would’ve had a stone before it had a chance to get away with the camera lol