The Queen is back and has done it again!

After five long years, she has finally emerged into the music scene giving us what we never knew we needed. A good song to make us cry and think of that special someone. 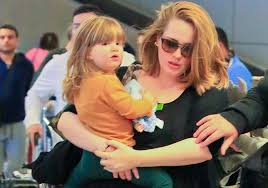 ‘Easy On Me’ is a piano-led ballad written in the wake of her split from her husband, Simon Konecki. She, later on, explained that the song is mostly a plea for her ex-husband and son’s (Angelo) understanding of her place in their lives.

“It’s not like anyone’s having a go at me, but it’s like, I left the marriage. Be kind to me as well.”

When Adele shared her single, it was actually a few hours before midnight on a Friday, meaning that its first week of eligibility on the Billboard chart was only a few hours long. So, understandably, it didn’t debut at No. 1 on the Hot 100 chart, although it shot up to the top spot the next week. Adele’s reign continues, as “Easy On Me” is No. 1 for a second week. All of Adele’s No. 1 singles have held the top spot for multiple weeks. 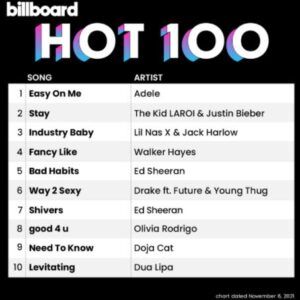 She recently announced shows at London’s Hyde Park, which will be her first public live performances in five years. Fans were so excited for the July 1 and 2, 2022 shows that minutes after the gigs were announced, fans flooded Adele’s website and crashed it.

THE QUEEN IS BACK TO TAKE OVER THE CHARTS!!

The Man I’m Dating Said My Hairy Toes Are Gross

The Key To The Perfect First Date