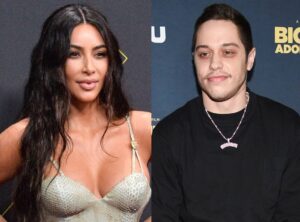 I don’t know what kind of guy Pete Davidson is aside from the fact that he’s funny as hell but it seems like he really does get the pretty ones.

Kim and Pete were first spotted holding hands in Southern California shortly after Kim’s SNL hosting gig – where the pair shared a kiss during a sketch. They later flew to Davidson’s native NYC, where the pair went on both solo and group dates in Staten Island and Manhattan.

“This is not a stunt,” a source within the Kardashian camp told The Post of their blossoming connection. “Kim doesn’t need to do that, that’s not her style. There’s plenty of other things she could do to get attention.

“It’s super early, but there’s interest from both sides. The hard thing is putting a label on whatever this is.”

It’s clear that Kim and Pete enjoy each other’s company — but we NEVER saw that coming.

Parents Sue Their Son For Not Giving Them A Grandchild.