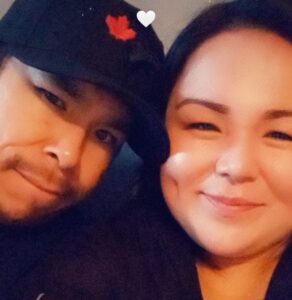 A woman on Facebook is currently going viral for her profile picture caption.

It was a romantic caption where she’s taking a selfie of herself and what seems to be her boyfriend.

The zinger is that her boyfriend just so happens to be her cousin and we know this because that’s exactly what she mentions in her caption.

The picture has racked up more shares than reactions and even though most of the response has been negative, she has stood her ground and is currently using the clout to get even more attention.

She has even updated her Facebook with photos of her and her cousin/boyfriend showing the world that the relationship has not changed and that they are willing to make it work.

Since she posted the picture with the controversial caption, she’s been constantly updating her Facebook status’ reassuring people that she has not made a mistake and is more than happy in her incestuous relationship.