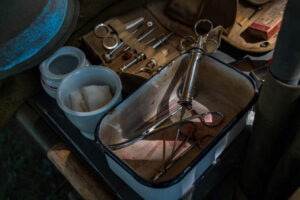 A woman in a state in India has claimed that her husband stole her kidney and sold it on the black market without her permission.

The incident happened four years ago and the woman claims that she had no idea about it until she recently went to the doctor for stomach pains only to find out that she has only one kidney.

According to her, a couple of years ago, she underwent an operation to remove kidney stones she had and that’s when her husband told the doctor to remove her kidney so he could sell it on the black market.

She said she doesn’t remember it happening because she was under so much anaesthesia for her operation, but she has made these drastic claims against her husband and wants him to pay for his alleged wrongdoings.