Well first things first, she was already a major celebrity in Korea before the Netflix series turned her into a worldwide icon.

The actress, who became a fan favourite as Squid Game‘s Kang Sae-byeok, was a supermodel before she became an actress. Squid Game marks her very first acting role! Her downtime during her modelling career inspired her to pursue acting.

Here are some facts you need to know about her if she’s already your favourite actress after watching the series. 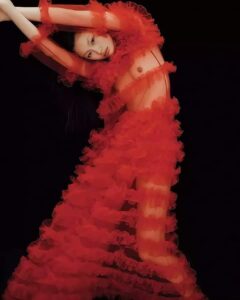 Love her for this. Can’t wait to see her more on-screen and hopefully gets a Hollywood debut!