World Rugby has unveiled the shortlists for the prestigious World Rugby Awards 2022, which will be presented in Monaco on Sunday, 20 November.

In the World Rugby Women’s 15s Breakthrough Player of the Year, Vitalina Naikore has been nominated and was one of the standout players for the Fijiana in both their victorious Oceania Rugby Women’s Championship campaign and debut appearance at the Rugby World Cup. 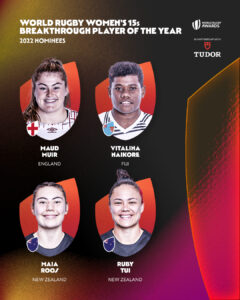 In the World Rugby Men’s Sevens Player of the Year, Kaminieli Rasaku built on a fine debut year in the Series by helping Fiji to a third RWC Sevens title, scoring four tries in as many matches in Cape Town. 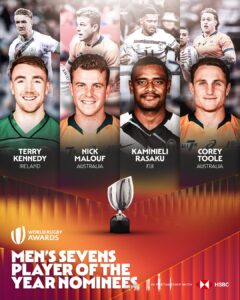 Rasaku is in the running with Corey Toole and Nick Malouf of Australia, and Terry Kennedy of Ireland.

Well, all the best to our two Warriors.