You might be wondering why this is even a story. Before you come at us with the “e yaga” comments, just know that we have the young and old in our society who loves listening to kpop music. So if it’s something that we love, then it makes us happy. Reminds me of a line that a man from Ra once said, “Who are you to our happiness?”

Okay, first things first. K-pop is music that is stuffed but never bloated; music that is fun and meant to elicit joy when listened to and seen. It is designed to be enjoyed visually as much, if not more, than it is meant to be heard. For the audiences learning about K-pop for the first time, this particular music discovery probably feels like missing the boat on a voyage you didn’t know was taking off. How could the needle shift so quickly? K-pop is overwhelming. And that’s understandable. But if you still think it’s not for you, then it’s not for you.

Vula and I joined this group on facebook called ‘K-Fiji’ a few months back. We were psyched cos we’ve been kpop stans for a long time and we’ve finally discovered a place in which people with the same interest casually talk about their favorite drama, their favorite song, upcoming albums and what not.

Along with stanning our favorite kpop acts, we buy their albums as well. Of course this is our way of showing our support towards our idols and by filling our rooms with their posters, lightsticks, stickers and photo cards. Our main K-Fiji chat group is filled with guys and girls exchanging pc’s and giving extra ones away. Sometimes they even sell them. Which brings us to our main topic: The significance of pulling your first photo card from an album.

So I decided to ask the gang that same question. What is so special about it?

Kess: “It’s orgasmic hahahah. I bluff. It’s the adrenaline. Not knowing whose picture you’d pull puts you in a state of excitement. And you get ecstatic when you pull your bias. Even better!!. PC’s can sell for higher than 5 albums altogether if you pull a rare member like Taeyong or Jaehyun (from NCT 127. “Rare member” means that they only have limited pc’s of these two). The highest I’ve seen sell for was Taeyong at $500 USD. It’s insane !!” 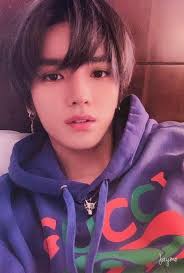 Talica: “It’s not that significant for me cos I love them all so I don’t have a specific one I wanna get. But Moonbyul’s (from MAMAMOO) are the most expensive and rare ones so getting hers is like an investment opportunity. But pc’s are no joke though. I have a rare Moonbyul one that is kinda like my rainy day card. RBW (MAMAMOO’s label) hardly re-stock album so that also spikes up the prices of her pc’s. 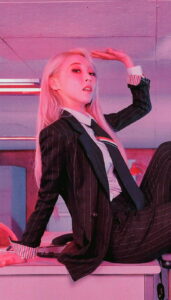 Nam: “I pulled Jaehyun and I felt like I won the world or something. If you’re next to someone who’s about to do their pulls..close your ears or clear the vicinity because noise level = SKYROCKETING.” 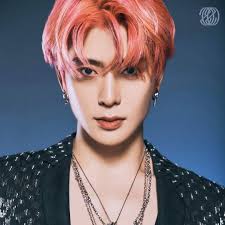 Vula: “I wouldn’t know cos I’ve never bought one. But I bought BTS merch and it’s AMAZING!!”

As much as we love buying albums, buying pc’s separately can become a bit of an unfortunate issue in the pc community. Many sellers spike up the prices and make a lot out of their rare pulls. The more popular the member, the higher the price. Kess once bought a Yuta Resonance pc for $50 and to date, she still hasn’t received it. Never impulse buy like Kess ESPECIALLY when it comes to pc’s.

After seeing all their messages about how they feel about their first pulls, this made me buy the NCT 127 STICKER ALBUM: SEOUL VER. I was curious as to how I would feel about my first pull. I haven’t done it yet. But when I do, I’ll fill you in on it since we’re already here.