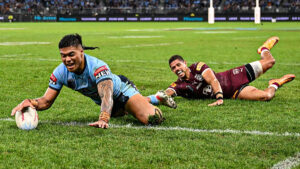 The National Rugby League has announced today that Ampol State of Origin Three in Brisbane had officially sold out.

The 2022 Ampol State of Origin will now be played in three sold-out venues across the country.

Following NSW’s win in Game Two of the series in Perth last Sunday, the final tickets for the decider were quickly snapped up by fans.