Appearing at the Red Sea International Film Festival, as reported by Variety, the 68-year-old martial arts star confirmed that Rush Hour 4 is underway.

The upcoming Rush Hour sequel has reportedly been in the works for a while with Chris Tucker revealing back in 2018 that a fourth installment was on the cards.

It’s happening,” he said. “This is gonna be the rush of all rushes. Jackie is ready and we want to do this so that people don’t ever forget it 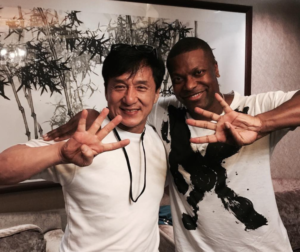 Rush Hour made a total of $244 million at the box office and saw both Chan and Tucker return for two sequels, Rush Hour 2 and Rush Hour 3.