In the five years since Rihanna dropped ANTI, she has done everything except release more music.

I mean come on, 2021 has come and gone without new music from Rihanna. But the singer’s long-awaited ninth album may finally be nearing release. 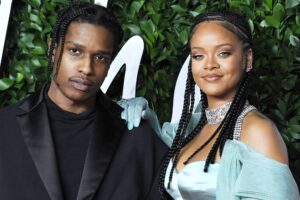 I watched a video tweet of a paparazzi asking for an update of her new album, R9. While exiting her car, she replied with “SOON SOON SOON!!”.

As fans know, Rihanna has been saying “soon” for a while now. In March, she hinted at her impending return while responding to a fan on Instagram. Transforming their pleas into a legitimate social media trend, asking Rihanna for a new album has become a running joke over the last couple of years. The 33-year-old has played along with a handful of times, claiming that she “lost” the album, and promising that the half-decade wait is “going to be worth it,” but has also implored begging fans to “grow up,” as the incessant inquiries about the fabled new project reached ugly heights.

But now she’s saying “Soon” so I hope to the music gods that she is really meaning it this time lmao. We really need new music RiRi!