President to host a Commemoration Service on Tuesday 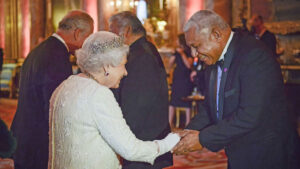 Prime Minister Voreqe Bainimarama will attend the funeral of Queen Elizabeth II in London on September 19th at the invitation of Buckingham Palace.

President, Ratu Wiliame Katonivere will also host a live-broadcast Commemoration Service at 10am Tuesday, 20th September, at the State House.

The service will be at the Anglican Cathedral at MacArthur Street at 9am.

The condolence book is open to the public at the British High Commission.