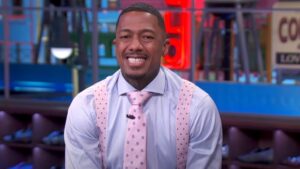 I don’t know what this guy has planned for all of his kids, but it’s starting to feel like he’s just making babies everywhere for the fun of it.

Nick Cannon has just revealed that he will be having more babies this year by saying, “The stork is coming.” Was that supposed to be funny, though? Coz it wasn’t.

He has recently gotten two different women pregnant at the same time, and with all these babies he’s been making all over the place, you can’t help but wonder how he has time for all of them.

Well, I guess when you make the kind of money Nick makes, you can afford to have babies in different area codes of the country.

I personally think that Nick Cannon is the living and breathing reason for why male contraceptives should roll out sooner than soon, but then again he’s probably just trying to make sure that his legacy lives on forever everywhere.