Imagine being soooooo single, that you decide to put yourself out there, via ad!

A 23-year-old English man who has never been on a date in his life is trying to find a girlfriend by advertising himself on a large highway-side billboard near his home city. Ed Chapman says that he spent his teenage years and his early 20s trying to find a girlfriend using more conventional means, like socializing and using dating apps, but with no success.

So the young man from Leeds, in the UK, decided that it was time for desperate measures.

He put up some serious money to rent a large advertising banner next to the M621 motorway that goes into Leeds and crossed his fingers. 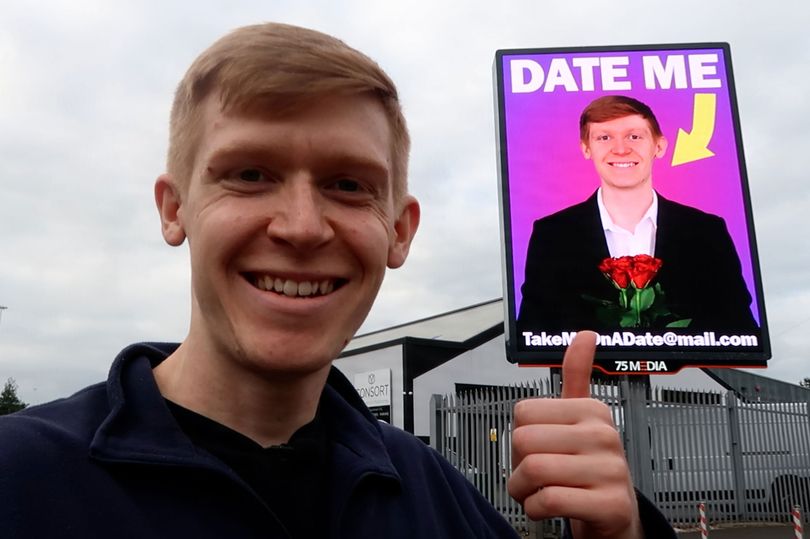 And get this, it’s actually worked! He had already had tons and more success with this method than he did in his entire life. Now, he claims to be overwhelmed by the number of messages from potential girlfriends.

I meaaaaan, what was he expecting? For just 1 or 2 girls to hit him up?

Ryan Reynolds Reveals Why His Deadpool Christmas Movie Never Got Made

I Want To Give My Child The Same Name As My Dog. Is That Weird?