When you’re invited to your partner’s corporate event, you tend to want to look your best.

That’s exactly what happened to this social media influencer that just wanted to look nice and pretty for her boyfriend’s corporate event.

The whole plan for the night was that they would go out for dinner first and then go to the event later, but while they were at dinner, the boyfriend was looking at her in some type of way that made the girl think, “Oh no. He’s gonna say something and it’s not going to be good.” 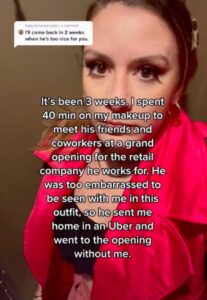 For context, that was her first thought because her boyfriend has a habit of telling her what he thinks she should wear when ti comes to make-up and clothes, so she was already expecting a comment about what she was wearing.

She asked the boyfriend if what she was wearing would offend him at the event and he said, “It’s ok for dinner but I think it’s a bit much for tonight’s event.” 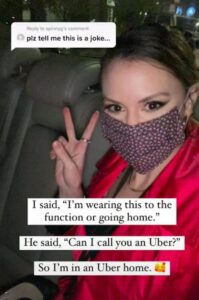 The girl replied with, “Well I’m either going in this or I’m not going at all,” and THIS MAN, WITH HIS WHOLE CHEST, SAID, “Ok but can I call you an Uber?”

She decided to take a selfie and post it on her Tik Tok saying that she was sent home by her boyfriend for what she was wearing. 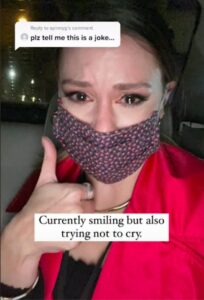 Her followers couldn’t believe it was true and then she posted another selfie that she had taken where she was obviously fighting back tears!

She got to the apartment that she was sharing with her boyfriend, packed all of her things, moved back into the van with her pet and left.

Now her boyfriend has been begging her to come back and according to him, when he finally went to his corporate event by himself, he realized, from seeing everyone there, that what she was wearing was actually ok to wear! 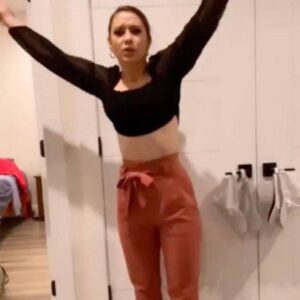 According to her, her boyfriend has made many comments in the past about what she wears and most times what she can wear instead of what she was already wearing. 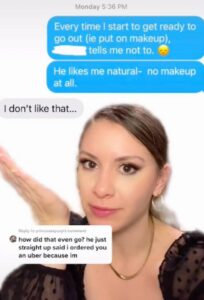 First of all, let’s just be clear about the fact that the outfit her boyfriend was upset about wasn’t even that bad!

Anyways, I’m glad that she’s left and I hope she’s doing well coz the amount of red flags that her boyfriend was giving me was off the charts!