A New York man who bought 300 iPhones from the Apple flagship store on Fifth Avenue was robbed just moments after walking out of the store.

In a world where basically anything can be ordered online, a man decided to buy 300 iPhones at a physical Apple store in Manhattan and walked out with a few branded “Apple” bags like it was no big deal. 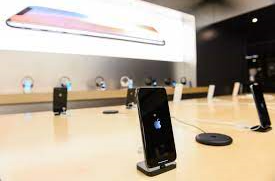 What could go wrong? Well, the man got robbed while making his way back to the car, losing 125 smartphones worth approximately $95,000!

According to a statement by the NYPD, the unnamed 27-year-old man was a regular at the Apple Store on Fifth Avenue, and regularly bought high volumes of iPhones which he then resold through his small business. Now, why he bought them in the middle of the night remains a mystery.

Moral of the story – don’t buy hundreds of iPhones from a store and simply walk out with them in the middle of the night like crime doesn’t exist. Some people sell their kidneys for an iPhone, imagine what they’re capable of for hundreds of them.\