A man has sparked outrage online after pretending to need a wheelchair in order to skip hours of queues at an airport.

Wolf Jenkins is filmed sitting comfortably in the wheelchair as his mate pushes him through check-in, security gates, the connecting tunnel and then onto the plane.

I’d say around a two hour wait to get through security and check in at least. The queue outside of the airport was insane, I didn’t expect it at all. I saw people in wheelchairs being pushed through so my friend waited in the queue and I went outside and took off my shoe and sock.

I then limped back towards the door and a member of staff asked me if I needed assistance so I said I had twisted my ankle at the hotel just before getting into my taxi. I was then ushered through security and to check in immediately and they asked me if I had a fit to fly form but I said I have only just done it and that I could walk if necessary.

But they said not to worry about it and let me through. 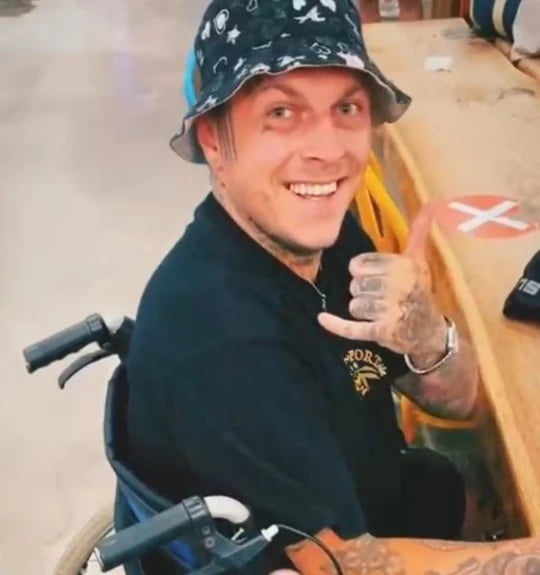 We were originally in separate parts of the plane but they gave us a whole row of six seats to sit with each other and the staff were the same as who had been on the flight out there so they remembered us and were extremely friendly.

It was all just a way to get through and make sure we didn’t miss our flight.

People who watched Wolf’s prank on social media were appalled, adding he should be ashamed of himself: