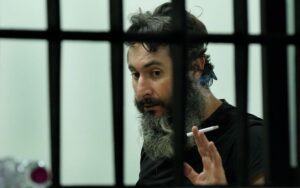 Have you ever been frustrated with your bank so much just because they wouldn’t let you access your savings, even though they’re YOUR savings?

Bassam al-Sheikh Hussein, a 41-year-old man from Beirut, must’ve felt that frustration to the highest degree because he was so upset that he couldn’t access his savings that he held the bank staff hostage until they gave it to him.

Back in 2019, the value of the Lebanese pound really dropped and inflation rose really high. This made the government implement strict bank laws to prevent people from withdrawing their money too much.

Because of this, Bassam entered the Beirut bank on August 11 armed with a rifle. There were 2 shots reportedly fired and at one point, Bassam threatened to set himself on fire if his demands weren’t met.

The whole thing lasted about 7 hours and it ended quite peacefully with Bassam being allowed to access at least $35,000 from his savings of $210,000.

We don’t think he’s right, but we do understand lmao