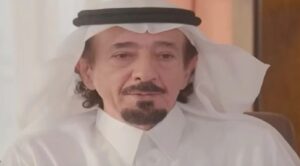 Sometimes, when you’re looking for someone to love, the last thing on your mind is to marry the first person that you meet.

You might want to just talk to them for a bit, play some games at the arcade, or even take them out to dinner first.

That’s not the case for 65-year-old Abu Abdullah who married 53 women in 43 years while trying to look for a stable relationship.

At first, he married one woman who was six years his senior. They were happy for a while and for some time, she was all he ever needed, but then problems started arising which prompted the man to decide to get another wife.

At first, the wife was ok with it, but then the first and second wife started arguing which made the man marry again. He married for the fourth time and this just caused even more problems with his first three wives.

He then decided to divorce all four of them and continued living his life trying to find love.

Right now, he is currently married to only one woman and he says that he is not planning to marry again.