A Singapore man who installed no less than 9 air conditioning in a rented apartment has been hit with complaints from neighbors struggling with condensation and mold.

Summers can get pretty hot and humid in Singapore, so air conditioning is essential for comfort. One or two units are usually enough for a standard apartment, but one local man used a whopping nine air conditioners to stay nice and cool and started getting complaints from neighbors.

“We have to mop the floor three times a day. It’s a headache,” said Liu, the man’s upstairs neighbor. 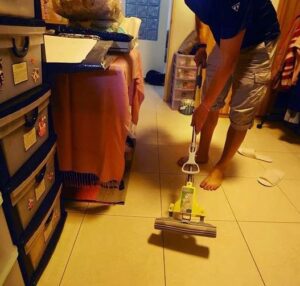 He and his wife said that they had also been struggling with mold on their walls because of their humidity, as well as floor tiles cracking due to the difference in temperature.

The “villain” of this story, a 63-year-old retiree who rented the four-room flat in Sengkang, told journalists that setting the temperature as low as 18 degrees Celsius helped him live comfortably in Singapore’s hot climate.

The man, surnamed Huang, added that he had been diagnosed with liver cancer, and the cool temperature helped strengthen his immunity.

“There are five air-conditioners in the living room, two in the master bedroom, and one each in the remaining two rooms”, Huang admitted, saying that he paid 10,300 Singapore dollars ($7,200) just to have the nine units installed.

Authorities tried to bring everyone together to reach a compromise, but that apparently didn’t turn out very well, considering that Asia One recently reported that Huang decided to move out of the apartment. 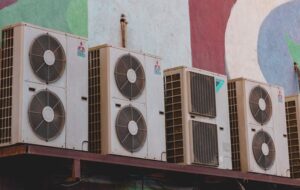 “My neighbors ganged up against me. They also went to the authorities and the press,” Huang told Shin Min Daily News, adding that he had left on September 17.

However, he will not be giving up on his comfort, saying that he took eight of the air conditioners with him.

Re-installing all the units at a new location will most likely cost the man a pretty penny, but he said that “as long as I get to live comfortably, it doesn’t matter.”