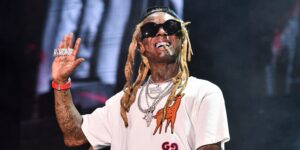 Lil Wayne believes that it’s time for him to settle down with someone. Making use of his social media account, the “Ain’t Got Time” rapper declared that he needs a wife because he’s “too wealthy.”

He took to Twitter to reveal that he’s ready to settle down and wants a wife because he’s too damn rich.

I need a wife man I’m getting too wealthy. Stfu

Wayne was recently in a relationship with model Denise Bidot, but it appears that they’re no longer together. Last year, he sparked marriage rumours with one of his tweets, however, he later confirmed that he was still single.

While he searches for a wifey, Weezy has lots of music lined up for 2022. He and 2 Chainz have finished their collaborative album ColleGrove 2 and plan to release it sometime this year.

Earlier this month, he released his 2011 mixtape Sorry 4 the Wait to streaming services for the first time featuring four new songs. Young Money president Mack Maine also announced that Wayne is readying I Am Not A Human Being III, the third installment in his decade-old series.