Man, this just gets worse day by day.

Kim Kardashian isn’t too pleased with Kanye West’s latest lyrics after the rapper claimed in his recently released track, “Eazy,” that their four children are being raised by nannies. 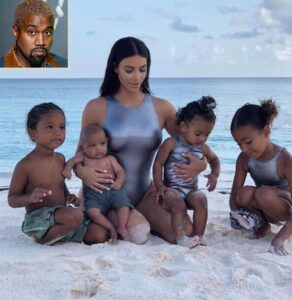 In his new song with The Game, which dropped Friday, Kanye implies that he plans to raise North, 8, Saint, 6, Chicago, 4, and Psalm, 2½, very differently than his estranged wife.

I got love for the nannies, but real family is better

According to PEOPLE’S magazine, close sources said that it was a low blow for him to start knocking Kim over for having nannies. A lot of her friends didn’t think it was right either.

Of course, she has nannies. She has four kids. Kim is living her life. She’s juggling her career, her dating life.

West has been quite vocal when it comes to his feelings about the SKIMS mogul and their fractured relationship, including publicly claiming that he wasn’t invited to celebrate daughter Chicago’s birthday over the weekend with the family. Now close sources say that Kim is very hurt by the fact that he keeps airing their relationship and their custody in front of the world. Believing that that’s the one thing that’s sacred, but it’s also not his place to turn everything into a circus, and that’s what she feels like he is doing. 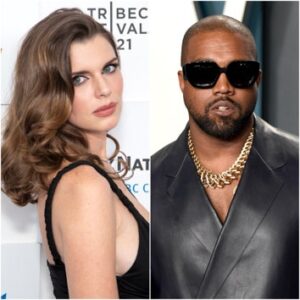 The former couple, who tied the knot in May 2014, have both moved on. West and model Julia Fox confirmed their romance on Jan. 6, while Kardashian has been linked to comedian Pete Davidson since the pair were spotted holding hands on a rollercoaster at Knott’s Scary Farm in Buena Park, California, in October.

West also raps about Fox and takes aim at Davidson in “Eazy.” In the track, he references his near-fatal car crash from 2002.

God saved me from that crash just so I can beat Pete Davidson’s ass.

This man really needs to have a time out from everything and just move on.