Kim Kardashian isn’t going back to Kanye West, despite his public pleas.

In fact, she’s ready to legally ditch him and his last name, even though their divorce hasn’t been finalized. She filed documents on Friday asking a judge to separate issues of child custody and property from marital status so that she can be legally declared single and have her maiden name restored, dropping the West. 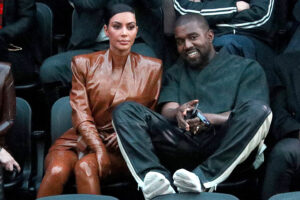 Meanwhile, Kanye is still maintaining Kim as his wife in recent interviews and says he hasn’t even seen the divorce papers, but Kim is making moves to get on with her life — whether he looks at the papers or not.

Now it makes sense why she pulled her ‘KKW Beauty’ brand — there’s no more W.