Although serial killer, Jeffry Dahmer is long deceased, his name has caused a buzz again in the news, this time in conjunction with pop star Katy Perry.

In the wake of “Monster: The Jeffrey Dahmer Story” being released just under a week ago on Netflix, climbing to the top spot on the streaming service, fans are critical of a song, sung by Perry, that made crude references to the cannibalistic acts of Dahmer. 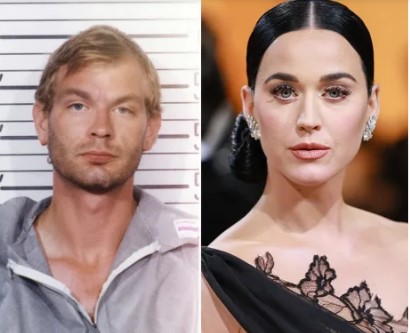 In Perry’s song, the lyrics in question are actually not sung by her, but rather rapped by Juicy J.

One person wrote on Twitter, “It still upsets me when I hear the line in the song Dark Horse “She eats your heart out like Jeffrey Dahmer” and I always make my daughter turn the station. It’s so disrespectful to the victims families. I hope people remember them while watching Netflix. Sorry for their losses,” while another tweeted, “why isn’t anyone calling out Katy Perry for allowing such a vile & terrible lyric to be included in one of her hit songs? Jeffrey was a notorious serial killer & Katy CHOSE to romanticize his criminal & inhumane actions. I actually feel sick to my stomach. She NEEDS to apologize.”

I mean. What do you think?