I’ve got to say, I couldn’t be happier for them.

I mean let’s all be honest here, they are one of our favourite celebrity couples so even after all the online comments from women (and men) who thought they had a chance with Momoa, there was a slight hope that they would get back together.

Jason moved back in with Lisa about two weeks ago and they are very much back together. They decided to work on things rather than throw in the towel because they have so much invested in each other. 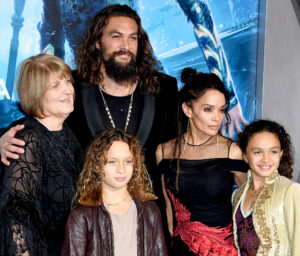 Jason announced his separation from Lisa on January 12. “We have all felt the squeeze and changes of these transformational times… A revolution is unfolding ~and our family is of no exception… feeling and growing from the seismic shifts occurring,” he said in a since-deleted statement posted on his Instagram page at the time. “And so we share our Family news that we are parting ways in marriage.”

The pair had been dating since 2005 before they officially tied the knot in 2017. The Hawaiian-born star once revealed that he began crushing on Lisa when he was just 8 years old after seeing her starring as Denise Huxtable on the 1980s sitcom “The Cosby Show”.

Lisa is, and always has been, the only woman that Jason has ever loved