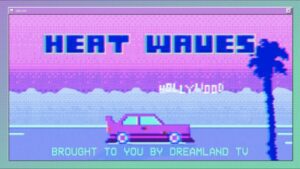 History is made on the Billboard Hot 100 this week, as U.K. band Glass Animals reach the No. 1 spot on the chart, ending the five-week run of Encanto soundtrack smash “We Don’t Talk About Bruno.”

It’s an unexpected No. 1 in a number of ways for 2022, as a pop-rock song by a veteran alternative band without any major guests or other big names behind it. But what’s totally unprecedented about it was that it reaches No. 1 in its 59th week on the chart — scorching past the previous 35-week record for the longest journey to the top spot, held by Mariah Carey’s “All I Want For Christmas Is You.”