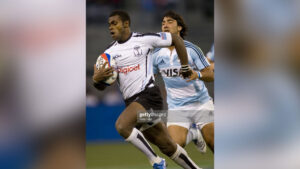 Former Fiji 7s rep Akuila Nawerecagi has passed away in France after he was involved in a road accident.

He had started in South Africa at the Sharks before moving to France where he ended his career in 2014.