Euphoria season 2 is out and its just to die for.

If you thought season 1 was a banger then you will love season 2 even more as it dives deeper into the minds and lives of a typical American teenager. 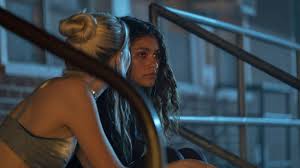 Season 2 features Labyrinth in a few episodes as he is also the singer for most of the soundtracks of the season and now his song with Zendaya has just entered the countdown on the AT40 with Ryan seacrest.

The buzz around season 2 is what gave people the drive and persuasion to watch season 1 and if you haven’t seen euphoria then you should definitely check it out. Ps: If you haven’t seen a single episode of Euphoria and you’re planning to watch it, then you might wanna watch it ALONE!