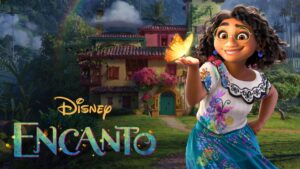 The Encanto soundtrack scores a seventh nonconsecutive week atop the Billboard 200 chart (dated March 5) – making it the album with the most weeks at No. 1 in nearly a year. The last album with more weeks at No. 1 was Morgan Wallen’s Dangerous: The Double Album, which ruled for 10 straight weeks between the Jan. 23 and March 27, 2021-dated charts.

In the last five years, only two albums have spent more weeks at No. 1 on the Billboard 200 than Encanto: Dangerous and Taylor Swift’s Folklore (eight weeks). Encanto earned 90,000 equivalent album units in the U.S. in the week ending Feb. 24 (down 8%), according to MRC Data.

The Billboard 200 chart ranks the most popular albums of the week in the U.S. based on multimetric consumption as measured in equivalent album units, compiled by MRC Data. Units comprise album sales, track equivalent albums (TEA) and streaming equivalent albums (SEA). Each unit equals one album sale, or 10 individual tracks sold from an album, or 3,750 ad-supported or 1,250 paid/subscription on-demand official audio and video streams generated by songs from an album. The new March 5, 2022-dated chart will be posted in full on Billboard‘s website on March 1. For all chart news, follow @billboard and @billboardcharts on both Twitter and Instagram.