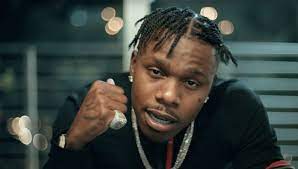 Dababy is facing criminal charges for a beatdown a man claims he suffered for trying to stop the rapper’s entourage from shooting a music video on his property.

This time, a property manager is hitting the troubled rapper with felony battery charges stemming from serious injuries he claims he suffered from trying to shut down a music video at his rental property. According to TMZ, property manager Gary Pagar, DaBaby and his crew agreed to keep the number of guests to 12 during their week-long stay at the Los Angeles mansion in December.

Pagar received complaints that the “Levitating” rapper had repeatedly violated the agreement, so he went to check on the situation himself on December 2.

Upon his arrival, Pagar said he found about 40 people outside the house, shooting a music video. Pagar tried to resolve the situation by talking to DaBaby but was shoved to the ground by a member of his entourage, which was caught on video obtained by TMZ.

According to the lawsuit, which was filed in February, the rapper told his pal to get off of the rule-enforcer, but punched Pagar in the face and knocked out a tooth, TMZ reports.

DaBaby is facing currently facing a slew of legal battles.

What is wrong with this man?