DaBaby will not be charged after a trespasser was shot on his property last month, police said. 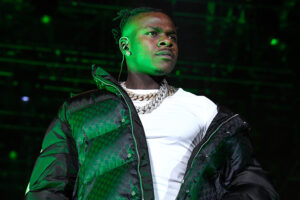 DaBaby has been facing a litany of legal troubles in the past few months (or years), but there’s at least one incident he won’t have to worry about. According to TMZ, the Charlotte rapper won’t be charged after shooting an intruder at his North Carolina home this past April. The initial report said that a 911 call was made to report a non-fatal shooting at DaBaby’s home in Iredell County. It was later revealed that it was DaBaby himself who pulled the trigger, hitting the intruder — who had scaled the fence and who DaBaby confronted on the property’s football field — in the leg.

The rapper claimed self-defence and District Attorney investigators agreed with him. The story was similar to another incident that took place in 2018, shortly before DaBaby gained national attention with his music video for “Walker Texas Ranger.” DaBaby had shot a man during a confrontation in a Walmart when the other man reached for a gun in his waistband. However, despite DaBaby avoiding charges — again due to reason of self-defence — a video of the incident was recently resurfaced, casting doubt on his recollection since it looked like he was the aggressor in the initial fight. However, both DaBaby and his lawyers maintain that the footage proves that he only pulled his own gun when it looked like the man he was fighting was about to do the same.

Still, he’s got plenty of other legal issues on his plate. He’s been charged with felony battery over an incident in 2021 in which DaBaby and his crew attacked a man whose property they used to shoot a music video. The property owner previously sued DaBaby, but a police investigation led to criminal charges. DaBaby also maintained that he was justified in that situation as well, posting a video of the man using racial slurs. However, in that case, the rapper’s defence may be a bit more flimsy.