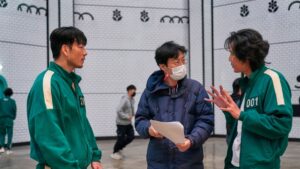 Not that anyone ever needed official confirmation, but Netflix has confirmed that ‘Squid Game’ is getting a second season.

The South Korean survival series was released worldwide in September last year and managed to pull in 1.65 billion viewing hours within its first 28 days.

Squid Game was not only a commercial success that quickly became Netflix’s most-watched program but it also received praise among critics, earning a 94 percent approval rating on Rotten Tomatoes. It also received a number of accolades over the past year, including a Gotham Award for Breakthrough Series, a People’s Choice Award for Bingeworthy Show of the Year, and a Golden Globe for Best Supporting Actor in Television (O Yeong-su). 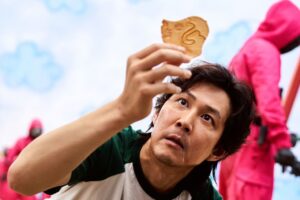 Creator Dong-hyuk has been teasing a second season since late 2021, telling reporters he already had the plotline in his head.

I have the basic storyline, the broad plan, so we’re in the brainstorming stages. I think with the success as big as this one, I almost feel like it would not make sense to create a Season 2 and I also feel like there are going to be some fans kind of trying to stalk me where I live and do something to me if I don’t give them a second season. So I’m going to go ahead and say there will be a second season. But as for when I cannot tell you now.

Understandable Donhyuk-shi. WE ARE READY !!