A woman claims in a lawsuit she was invited to the yacht on Dec. 30, 2020, and allegedly assaulted by him.

He’s been sued for $20 million by a woman who claims the singer drugged and raped her on a yacht docked outside Diddy’s Star Island home in Miami in late December 2020. According to a copy of the lawsuit obtained by Billboard that was filed in Los Angeles Super Court on Jan. 27, a professional choreographer/dancer/model/musician identified only as Jane Doe and a friend were invited to the yacht on Dec. 30, 2020, by a male friend.

The suit claims that during a call from the male friend ahead of the yacht visit, Brown grabbed the phone and told Doe that “he had heard about her music and urged her to head over to Diddy’s home on Star Island as soon as possible.” (A spokesperson for Diddy has not yet returned a request for comment.) When the woman arrived, the suit claims that Brown offered her a mixed drink in the kitchen, and after they discussed her music career, “Brown offered her tips about starting a career in the music industry.” 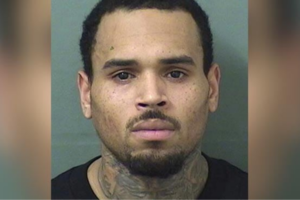 Brown then allegedly filled Doe’s cup again, after which she became “disoriented, physically unstable, and started to fall in and out of sleep,” according to the suit. Doe then claims she was led down a hallway into a bedroom, with Brown allegedly closing the door and blocking her from leaving the room.

The complaint alleges that Brown then undressed and raped the woman, ejaculating inside of her and saying “he was ‘done.’” The following day, Brown allegedly demanded that Doe take the emergency contraceptive pill Plan B.

Brown has a history of legal issues tied to allegations of assault, stretching from his guilty plea for felony assault following his attack on then-girlfriend Rihanna on the eve of the 2009 Grammy Awards, to a May 2018 accusation in which a woman filed a lawsuit that named Brown alongside rapper Young Lo, claiming sexual battery, gender violence, hate violence and assault in connection with a 2017 sex party at Brown’s L.A. home at which the woman claimed she was raped by Lo and another person, and forced to participate in sexual activity against her will. In response to the latter, Brown’s attorney said at the time that “there’s no case here,” and that his investigation showed that “none of these allegations is true.” E! News reported in April 2020 that the woman’s lawyer, Gloria Allred, said Brown had privately settled the lawsuit.

We don’t know what the truth is right now but hopefully, justice will be served in the end.