Britney Spears is still airing out her parents misdoings on social media now that she’s a free woman. 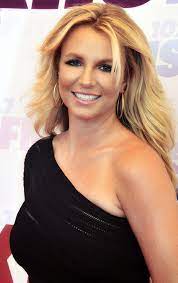 On Friday, the pop star shared and then deleted a lengthy Instagram post that was critical of her parents, Lynne and Jamie Spears, reports The Daily Mail.

I always used to hate the way my mom thrived on drama … she would literally scream from the rooftops … no lie !!!” the “Toxic” singer wrote. “All night long arguing with a drunk man who couldn’t even talk … Why ??? I was the one who never got any sleep … It was just one night it was every night of my life !!!

Spears explained that she was raised to dismiss therapy, “I mean MY PARENTS never went to therapy they THRIVED AND LIVED WITH DRAMA every day of their f–king lives…I was always extremely embarrassed to talk about my personal life and still am to this day.

Alongside the tirade, Spears posted a photo of a rainbow.

I’m posting a pic of a rainbow I saw in Maui yesterday … after every STORM there will always be a rainbow … that’s God’s promise !!!

She angrily ended the missive: “I am not the type of person to air dirty laundry but I’m sure as hell not going to sit back and be my family’s Jesus Christ !!! I will speak up and blow the f–king house down!! My family again I will SAY IT…took it way too far with me I’m still not done…and F YOU FROM THE BOTTOM OF MY F–ING HEART !!!“

Last September, Jamie Spears stepped down from his daughter’s conservatorship, which had been in place for over 13 years. Since then the “I’m A Slave 4 U” singer has been vocal in criticizing her parents and younger sister, Jamie-Lynn Spears.

She has written lengthy accusations against her family claiming that her father stripped away her “womanhood,” body-shamed her and has repeatedly labeled her sister, “scum.”