The legal battle between Brad Pitt and Angelina Jolie has taken another turn.

According to legal documents obtained by TMZ, Pitt is suing his ex-wife over the sale of Chateau Miraval—a French winery they purchased together back in 2008. Though he acknowledges Jolie paid 40 per cent of the property’s $28.4 million purchase price, Pitt claims it was he who made Nouvel, LLC—their French winery company—such a success. He says he invested a considerate amount of time and money into the business, with little help from his ex.

The complaint also states that Pitt and Jolie previously agreed not to sell their stakes in Chateau Miraval without the other’s consent. Pitt says the Eternals star failed to uphold her end of the agreement, as she secretly sold her shares to Tenute del Mondo—a subsidiary of the owned by Russian billionaire Yuri Shefler. 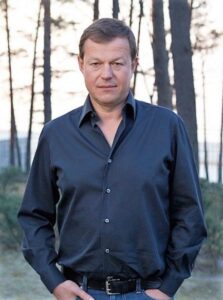 Back in July 2021, Jolie told the court that Pitt was trying to stop her from offloading her stake in the winery/chateau located in Correns, France. Pitt reportedly agreed to allow Jolie to pursue the sale, as long as he approved the purchaser. The Ad Astra actor says he never consented to the Shefler deal and is now asking the court to declare the sale null and void.