We have a contender for movie of the year.

So it’s been a while since this movie has come out and I only just went to see it the other day and let me tell you, going into the cinema I was sceptical of the movie and when I saw Robbert Pattison being cast a few years back as Batman I had all but lost hope for the movie. Either way, being the comic book fan that I am, I decided to give the movie a chance and went to suss out the movie.

I picked my day off to go check it out and decided to go check it out, armed with my popcorn and coke; I strolled into the cinema to finally have my doubts laid to rest and I prepared myself to be disappointed.

BOY WAS I WRONG!

The movie was nothing like any other Batman movie I’ve ever seen before. It moved away from the normal pace of a superhero movie and focused more on the personal stories of all the characters. It told the story of how Batman really began his crusade and when the movie begins it flings us into only the second year of Batman patrolling the streets of Gotham city. The plot revolves around the murder of several high profile members of Gotham’s upper class and this movie shines a light on something that we had hadn’t seen that much of in previous movies; Batman as the “World’s Greatest Detective”. 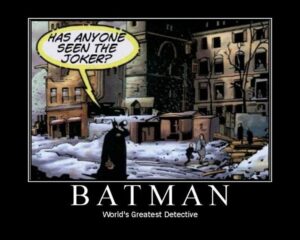 Pattinson is at his best when he’s playing characters who make you uncomfortable. Even more than Christian Bale in the role, Pattinson is so skilled at making his beautiful, angular features seem unsettling. So when he first spies on the impossibly sultry Zoe Kravitz as Selina Kyle, slinking into her leather motorcycle gear and shimmying down the fire escape in her own pursuit of  justice, there’s an unmistakable flicker of a charge in his eyes: Ooh. She’s a freak like me. 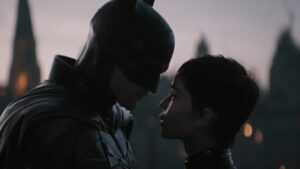 The gadgets take a back seat in this movie and characters from the DC Comics are brought to like never before.  Pattinson and Kravitz have insane chemistry with each other. She is his match, physically and emotionally, every step of the way. This is no flirty, purring Catwoman: She’s a fighter and a survivor with a loyal heart and a strong sense of what’s right.

They say a movie is only as good as it’s villain and Paul Dano as the Riddler playing a cat and mouse game with the Batman will leave you on the edge of the seat throughout the movie. Even though the movie has a runtime of almost 3 hours will struggle to look away from the screen. IT’S THAT GOOD. Without giving too much away I can tell you it’s well worth the watch.