Netflix is adapting C.S.Lewis’s The Chronicles of Narnia books into TV series and movies.

Yep, you heard it right. The beloved childhood fantasy books are coming on-screen (again) after the streaming giant picked it up for an adaptation project that will span for years. 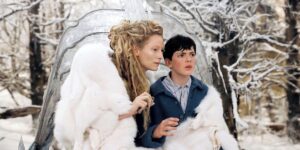 The series has already seen numerous adaptations in the past, which includes a BBC series, a radio series, and of course, the Disney movies.

The biggest adaptation of the book series came through Walt Disney Pictures and Walden Media after “The Chronicles of Narnia: The Lion, the Witch, and the Wardrobe” released in 2005.

Two more films distributed by Disney and later by Fox Century were also released later on. A fourth film was planned, but this never happened.

Netflix got a multi-year deal, which grants them the exclusive rights to produce films and series projects based on the books of Narnia.

The deal marks the first time for a single company to hold all the rights for the entire Narnia books, which gives us hope to see the other books which were never adapted by previous owners to finally appear on Netflix.

In a statement alongside the announcement, Ted Sarandos, content head of Netflix, said:

C.S. Lewis’ beloved Chronicles of Narnia stories have resonated with generations of readers around the world,” adding, “Families have fallen in love with characters like Aslan and the entire world of Narnia, and we’re thrilled to be their home for years to come.

What’s even more exciting is Netflix intends to adapt the books into a Narnia Universe, think of Game of Thrones and the Marvel Cinematic Universe, but with a more family-friendly approach.