A 40-year-old man has been dubbed ‘South Africa’s dumbest criminal’ after walking into a police station to get a job there despite being on a wanted criminal list.

Thomas Ngcobo had been on the run for the last seven years, after stealing hardware products worth more than $1,200 while working as a delivery man in 2015.

He reportedly diverted deliveries to other addresses without the owner’s consent or knowledge and went on the run as soon as his manager realized that some invoices were missing and several products had been delivered to the wrong addresses.

Ngcobo’s name was added to the police’s wanted criminal list as soon as his employer filed a complaint against him, but he managed to avoid capture for seven years. And then he walked right into a police station like he didn’t even have a criminal record 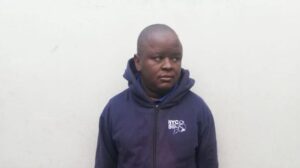