A man has burned his backside after using toilet cleaning wipes instead of a toilet paper roll.

Leon Gleed, 29, suffered from soreness and redness in an intimate area after using antibacterial wipes his girlfriend bought from Tesco.

While the wipes wrote ‘active flushable toilet wipes’, Gleed did not realise that they were meant to be used to clean the toilet. 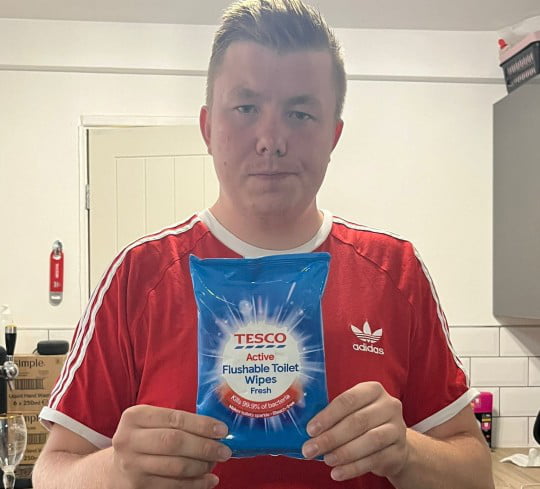 His girlfriend, Sadie Williams, bought them from an Express store in Rica, South Wales, and left them in the bathroom.

Gleed developed a bit of a rash and irritation after using the wipes a few times in the toilet. He checked the packaging of the wipes and told his girlfriend about it, who he said burst out laughing and said ‘How can you be so stupid’.

While Gleed said it was a silly mistake to make, he thinks cleaning products should be labelled more clearly to avoid any risk of confusion.

I thought the product was wet wipes you use to go to the toilet with – but as it turned out, that wasn’t the case. When I developed the soreness I knew something wasn’t quite right and when I checked the packaging it said ‘kills 99 percent of bacteria.

I think cleaning products should have warning labels on them so they’re more identifiable.

The product in question claims that it ‘makes toilets sparkle’ as shown below. 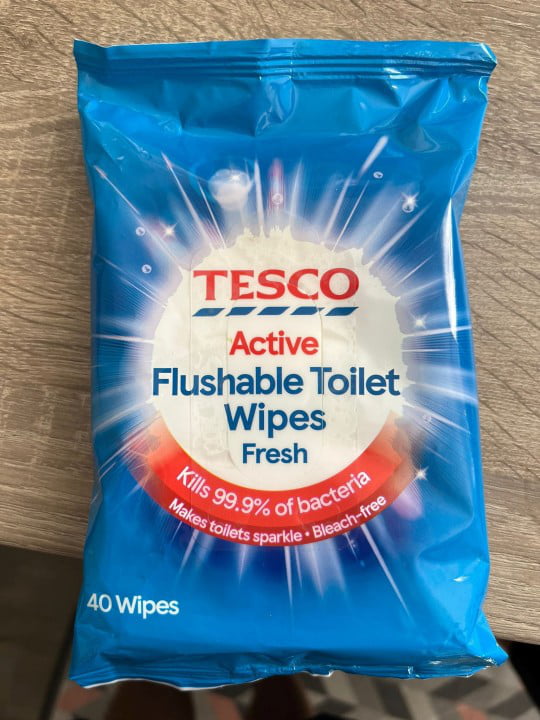